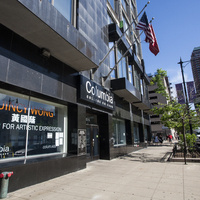 Democracy and its vulnerabilities: dynamics of democratic backsliding

Abstract:  The dream of all politicians is to remain forever in office. Most governments attempt to advance this goal by building popular support within the established institutional framework. Some, however, seek to protect their tenure in office by undermining institutions and disabling all opposition. The striking lesson of the successful cases of backsliding is that governments need not take unconstitutional or undemocratic steps to secure domination and yet the cumulative effect is that unless citizens react early they may lose the ability to remove the incumbent government by democratic means. Based on a dynamic game-theoretic model, we investigate what makes democracy vulnerable to such steps, specifically, whether a government would take anti-democratic steps, whether it can be stopped short of realization of complete domination, and whether it is likely to be removed at any stage of the process.

School of Liberal Arts and Sciences, Science and Mathematics