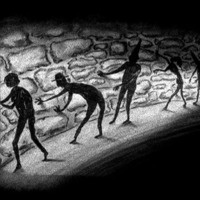 Screening is free and sponsored by the Departments of Film & Video, Television, and Interactive Arts & Media. Organized by the Experimental Film Society.