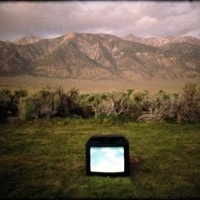 Video Playlist: Closed Circuit Sparks is a one-night screening of short films and videos that examine connections between television and self-understanding, specifically through physical, spatial and psychic interactions with TV monitors themselves. Rather than condemning our attachments to media, these artists find transcendence in the loaded relationships between viewer, transmission, and hardware.

Michael Robinson (b.1981) is a film and video artist whose work has screened in both solo and group exhibitions and at a variety of festivals including the 2012 Whitney Biennial; The International Film Festival, Rotterdam; The Walker Art Center; MoMA P.S.1; The London Film Festival; The Sundance Film Festival, and Tate Modern. Robinson was listed as one of the "Best 50 Filmmakers Under 50" by Cinema Scope magazine in 2012 and has curated programs at venues including San Francisco Cinematheque; Cornell Cinema, NY; and The State Contemporary Art Center in Moscow. He holds a BFA from Ithaca College, a MFA from the University of Illinois at Chicago.

Still from "Cry When it Happens / Llora Cuando Te Pase", Laida Lertxundi, 2010, Courtesy of the artist.

This program coincides with Robinson's exhibition "Circle Spectre Paper Flame" on view at Carrie Secrist Gallery April 6 through May 11, 2013.