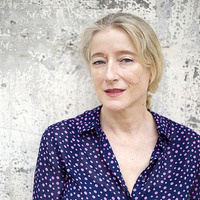 Australian journalist Madeleine O’Dea comes to the Columbia College Chicago Library to discuss and sign copies of her book, The Phoenix Years: Art, Resistance, and the Making of Modern China (Pegasus, October 2017).

Kirkus Reviews describes her book as “[a] well-grounded survey of the incredible courage of Chinese artists since the first flowering of the late 1970s and subsequent crackdowns. An illuminating chronicle of several generations of resilient and beleaguered Chinese artists, with minibiographies, a helpful timeline, and extensive notes.”

Madeleine O'Dea is a writer and journalist who has been covering the political, economic, and cultural life of China for the past three decades. She first went to Beijing in 1986 as the correspondent for the Australian Financial Review newspaper, and covered China through the 1990s as a producer with ABC Television. She was the founding editor-in-chief of ARTINFO China and the Asia correspondent for Art + Auction and Modern Painters magazines. She has written for a range of other publications including the Guardian, The Art Newspaper, Bazaar Art, the Sydney Morning Herald and The Age, the Toronto Globe and Mail, and The Australian.

This program is co-sponsored by the Australian Consulate-General Chicago and the Library. Light refreshments will be served. This program is open to the public.

Free and open to the public