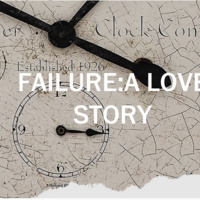 Nelly Fail died in 1928 and was preceded in death by her sisters Jenny June and Gerty that same year. Each was married to the same man before their untimely demise. As with so many things in life such as blunt objects, disappearances and consumption, they never saw death coming. Failure is a magical, musical fable that traces the sisters’ triumphs and defeats. Set in the Fail family home and clock shop, a rickety two-story building near the Chicago River, this funny, moving, and profoundly wise play reminds us that only love remains in the end.