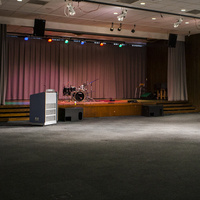 The Creative Writing Reading Series welcomes Sigrid Nunez, who has published seven novels including A Feather on the Breath of God, For Rouenna, The Last of Her Kind, and, most recently, The Friend, which received the 2018 National Book Award for Fiction and was a finalist for the 2019 Simpson/Joyce Carol Oates Prize. Her other honors and awards include four Pushcart Prizes, a Whiting Award, a Berlin Prize Fellowship, the Rome Prize in Literature, and the American Academy of Arts and Letters Rosenthal Foundation Award.

Nunez is also the author of Sempre Susan: A Memoir of Susan Sontag. Among the publications to which she has contributed are The New York Times, The Wall Street Journal, The Paris Review, Threepenny Review, and Harper’s. She lives in New York City.

About the Creative Writing Reading Series

The Columbia College Chicago Reading Series is committed to curating critically engaged contemporary works that challenge traditional discourse and embrace culturally relevant, diverse voices. The college’s unique connection to the vibrant cultural and educational district in the South Loop also sets the stage for some of the most fascinating, inspiring, and influential conversations on the literary arts.

School of Liberal Arts and Sciences, English and Creative Writing