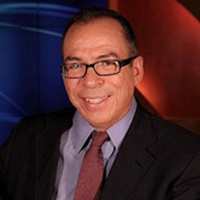 An Evening with Alfredo Corchado

Join us for a stimulating evening with award-winning journalist Alfredo Corchado as he talks the experiences that formed the basis for his memoir Midnight in Mexico: A Reporter's Journey Through A Country's Descent Into Darkness. Described as "fascinating" and a "vivid memoir," the book relates Corchado's life growing up on the U.S./Mexico border, his years covering both sides of the border for the Dallas Morning News, and his courageous response to a death threat he received from a drug cartel. Offering personal insight and the wisdom he has accrued during decades of reporting, Corchado's work has appeal for local and national audiences.

Alfredo Corchado is the longtime Mexican Bureau Chief for the Dallas Morning News, a 2007 Maria Moors Cabot Award winner and a 2009 Nieman Fellow. Midnight in Mexico is his first book. The book has been optioned for a movie by Canana Films owned by Diego Luna, Gael Garcia Bernal and Pablo Cruz.

The event, which will combine Corchado’s speaking and reading from the book, is free and open to the public. A question and answer session will follow the presentation.