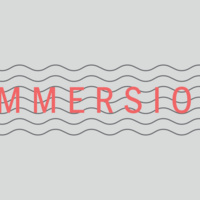 In partnership with IFP Chicago, Columbia College Chicago hosts screenwriter, director and producer Steve Conrad as part of the Immersion Series. Conrad’s credits include The Secret Life of Walter Mitty (2013), The Pursuit of Happyness (2006), The Weather Man (2005), and The Promotion (2008). Conrad lives in Chicago while continuing work in the industry and is currently developing and directing Patriot, a new TV series for Amazon Studios.

Admission is free for Columbia College students, faculty and staff with ID.

Steve Conrad is considered one of the most successful and original screenwriters and directors based in Chicago. Originally from Florida, Conrad attended Northwestern University and sold his first screenplay at the age of 19. He has managed to remain based in Chicago while pursuing a singular career in the industry as both a writer and a director.

IFP Chicago is a non-profit organization committed to the idea that independent film is an important art form and powerful voice in our society. "75 Minutes With..." is a longstanding program of IFP Chicago featuring candid onstage conversations with established and emerging directors, producers, screenwriters, actors, and other creative leaders from independent cinema.

Immersion is a series of engagement opportunities for students and professionals, designed to connect Columbia College Chicago students to their career fields. A mix of panels, presentations, company tours, recruiting events, and portfolio reviews provide multiple ways to engage, on and off campus. Immersion highlights the interconnectedness of cross-disciplinary career pathways.

FREE to students, faculty and staff with CCC ID